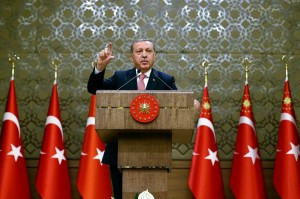 Since its foundation, Turkey’s foreign policy has always been the expression of its national exigencies. The new military elite that established a modern secular republic looked forward asserting this identity in the formulation of the Turkish foreign policy. Not only did Turkey choose to prioritize its alliance with the West, especially the US and Europe, but also it reframed its relations with its Middle Eastern neighborhood in conformity with the exigencies of its alliance with the West.

For instance, although the Turkish military and bureaucracy were aware of the ideological and identity gap between the new born Turkish nation and its Muslim neighbors, the Turkish establishment went for developing a regional leadership role by aspiring to gather Arab and Muslim countries under the Western security umbrella in an attempt to assert its pivotal role for the West in countering the extension of the Soviet threat in the region. The Turkish-Arab relations were formulated in light of the Turkish security exigencies as established primarly in its alliance with the West.

The main goal was to confirm the emergence of a new modern nation that reconsidered its attachment to its religious identity and adopted a modern institutional framework based on a rational-legal legacy that belongs to the West. The Western exigency as the main path of national development and international recognition remained in the minds of the Turkish leadership throughout Turkey’s modern history. However, this exigency was differently expressed depending the elite’s ideological orientations and the international exigencies.

Starting from the 60s, the secular-islamist dichotomy dominated the minds of the Turkish establishment in the assertion of Turkey’s affiliation to the West. While the alliances with the West occupied a considerable part in its diplomacy, the recourse to the Middle Eastern neighbors was always considered as an alternative option to pursue to gain leverage over the West in case of disagreement with Turkey.

In that perspective, Turkey had recourse to establish relations with Arab and Muslim countries in a rapprochement initiative to increase its manoeuver versus Western countries and confirm its identification to a modern European civilization as a partner and not a submissive part. This course of action was clearly manifested in the 60s and 70s especially with the occupation of conservative figures with Islamic background high positions in the government like being a vice-Prime Minister. During these two decades Turkey preferred to develop better relations with Arab and Muslim countries on the economic level to recover a financial deficiency on the national level and have Arab countries as a complementary dimension in the Turkish diplomacy. The Arab dimension seemed quite helpful for Turkey to takeover the intensity of its alliance with the West, notably during the conciliation period between the Soviets and the West and the latter’s sanctions imposed on Turkey due to human rights violation against Kurds and its invasion of Cyprus to side by the Turkish community. 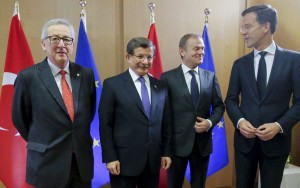 Although Turkey behaved as a partner to its European ally to confirm a Western modern identity and ensure its security against the Soviet claims over Turkish territories, Turkey’s centrality reemerged in the 80s and 90s among Western countries in counterbalancing the Soviet expansion in the Middle East and protecting the Western interests in the region as was manifested during the Gulf war. Turkey gained an oversight on the Kurdish region and was given the green light to manage the Kurdish question in the way that suits its national interests.

With the arrival of the AKP to power, Turkey continued to confirm its affiliation to the West as a partner on the contrary to the party’s elite claims of reasserting Turkey’s Islamic identity. While the AKP leadership, members and constituency manifest a considerable level of religiosity and attachment to religious values, the party doesn’t assert the Islamic component on its national or international agenda. Religion didn’t constitute a normative content to any of its policies and the party continued to pursue a foreign policy that underlines the state modern identity that conforms to the global oreder exigency, notably on the economic level.

Businessmen and their regions form the main stronghold of the AKP supporters and are considered as major actors in Turkey’s foreign policy in concluding trade agreements, establishing free visa zones, initiating projects and investment platform with the West and also with other partners like the Middle East, Africa, South America and Asia. The exploration of new venues and markets for economic cooperation was the main axis of the Turkish foreign policy that flourished the AKP’s business constituency and empowered its popularity and leadership. Here again, Turkey had recourse to the economic tool to assert partnership and not submission to the West. The AKP’s conservative factor added the Muslim and Arab dimension in the leadership discource in appeal to a large market that extends across borders with neighbors.

Although the religious factor wasn’t that visible or significant in Turkey’s foreign policy under the AKP rule, the state secular establishment has always kept referring to it as a means for stigmatizing a conservative elite that entered into concurrence with the secular leadership on power. The center of politics became dominated by a once upon a time marginalized conservative masses that succeeded to penetrate the state politics and manage the rules of the game in their own interest: ensuring a permanent political authority and preventing a rotation of power that would render them submissive to a secular elite again.

The Turkish foreign policy was and is still an expression of power among players on the national level rather than being a tool for religious or secularism prevalence as secularism is still the state’s political identity and religion doesn’t visibly or significantly influence the state decision-making process. It’s following this logic that the military coup occurred after several attempts to takeover the power from the AKP’s hands.

The military coup underlined the elitist duality as a permanent dynamic that influences national politics and shapes the state foreign policy. Even the coup wasn’t successful, it highlighted the urgent need for establishing an assertive rule that would cast away any attempt of regime reversal and would secure the AKP rule. One of the main pillar of asserting the leadership rule and legitimacy is the Western alliance. It is important to underline that the coup occurred in a time of turbulence in the Middle East: Shaking governments in the Middle East, parochial groups taking-over the reign in some countries and expanding their attacks on neighbors as illustrated by the case of the Islamic State in Syria and Iraq, the refugees flows going to Turkey and the revolution setbacks in Egypt and Lybia. In these circumstances, the AKP kept its assertive and proactive foreign policy, not in developing relations based on zero problems with neighbors but in confirming its importance for its Western allies in countering ISIS danger and acting as a security valve towards Europe with regard to the refugees issue. 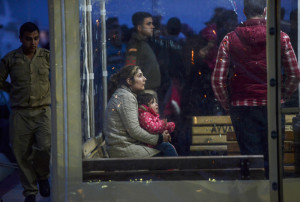 Turkey was visibly present in the different regional talks, agreements and initiatives undertaken with Western powers to counter ISIS danger in terms of expansion and attacks launched by its combattants in many countries. Regardless the different parties’ interests in solving the Syrian dilemma, Turkey was the target of different attacks claimed by ISIS in which many of its citizens died and is considered as a direct and important party involved in the Syrian conflict.

This role is regenerating the AKP centrality for the West as the most suitable partner in countering threats on the regional level, notably with regard to migration. While the Syrian refugees issue constitute a burden for Europe in terms of assilimating a sudden flows of citizens fleeing atrocities in their countries, Turkey stands as a shield that absorbs these flows and controls their movements to Europe. This role was appreciated by the European Union that provided financial package to Turkey in compensation for hosting millions of refugees on its territories. On the other hand, the AKP is standing a favorable position that enables its leadership to negotiate better concessions and obtaining more advantages from the European side like receiving financial assistance and allowing Turkish citizens a free access to the EU countries.

In conclusion, the Turkish foreign policy was and remains a tool for asserting the leadership’s worthiness and affiliation to the West. It expresses power balance among actors on the national level and confirms their interest in formulating equal relations according to which relations with Arab and Muslim countries should be formulated. The AKP illustrates the arrival of a marginalized Islamic mass to the power, yet, it expresses a competition over power and domination rather than a particular ideological orientation or change in the state national interest. By keeping its relations with Arab and Middle Eastern countries, Turkey asserts its centrality in managing a chaotic neighborhood, playing the role of security shield and affirming partnership with the West.