Education as a tool for integration: the European challenges 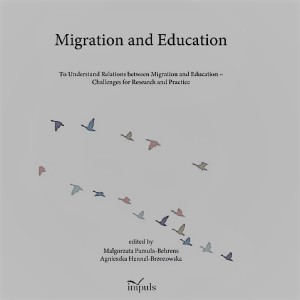 Migration and Education is the first publication of the Centre for Research on Education and Integration of Migrants, connected with the Pedagogical University of Krakow. The volume is formed by several articles, all of them written by teachers and phd-fellows in Poland, Italy, France, Ukraine and Portugal.

The aim of this volume, as the title suggests, is to focus about the bound between education and the last migrant processes that nowadays are greatly involving the European Union. In order to face this issue, the editors of the book asked themselves three different questions that it is worth quoting:

«-Who should be taught? (the education of children and adults; education of migrants as well as the host society members e.g. school teacher etc.)

- What should be taught? (education on the language of mutual communication; education and in and on the migrants’ mother tongue and culture [...])

The following twelve articles in the volume tried to answer to these questions, with the help of research and professional experiences in these last years. It could be interesting to focus our attention on some issues promoted by the editors and authors. 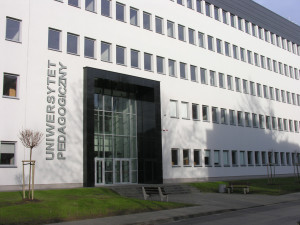 The first part of the volume concerns the possibility for migrants to enter and join in a new and foreign society. Guglielmo Chiodi, full professor at the University Sapienza in Rome, showed, in his article, the impact of migrants in a society and how it can be so useful for the hosting nation to receive people who are forced to move from their homeland. It must be said that Chiodi chose two extraordinary examples of migration: Piero Sraffa and Richard M. Goodwin. It is obvious that Sraffa and Goodwin are good examples of migration, but, talking in a wider perspective, we can’t assume these examples as a model or a standard. If we refer to today’s migrations of refugees, the bound between education and migration is quite different: Sraffa and Goodwin had ended their educational process before leaving their homeland and they were high-educated; today’s migrations are involving children, adolescents and, most of case, young people that hardly had the possibility to learn and attend school. If we talk about this very important issue, we should focus on the ordinary, rather than the extraordinary.

An interesting prospective about migration and integration is exposed by Antonella Marcucci De Vincenti, from University of Paris 13, in her article “L’insertion des migrants dans et par le territoire. L’immigration comme revaleteur de la dimension integrative des territoires en Italie”. The starting ideas of Marcucci De Vincenti are based on the beliefs that “seul le travail ou l’activité permet aux individus, migrants ou non, de s’incrire dans une communauté”. According to this belief, we should admit that the integration depends highly on the possibilities to work and live in the hosting country. That’s why in Italy it is possible to recognize a strong difference between North and South Italy about the integration processes: North Italy is much more developed (meanwhile the South has a weak economy) and for this reason it is easier to find a job, to improve their education and to restart a life abroad. Afterwards, Marcucci De Vincenti explains how the SMEs (Small and Medium enterprises) in North Italy raised the social capital in that territory, and, indirectly, the integration process which is involved. Even if we can agree with the idea of social capital gap, in the last part of the article, Marcucci De Vincenti emphasizes the low social capital in South Italy, claiming that

Although we could agree or not with this opinion, it must be said that South Italy has known, during its history, several dominations and still today its languages, like the Sicilian one, is plenty of arabic, greek, french and catalan words. This fact could be useful for our issue because we have the possibility to raise that social capital being aware about the cultural heritage that involved Sicily in all its history, and, consequently, it could be possible to fill the gap with the North Italy talking about our history and culture. 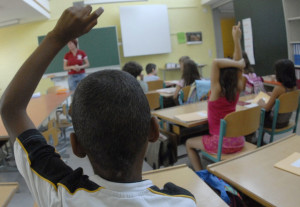 Integration through education: an undelayable challenge

The second part of the volume is dedicated to the topic of education at school for migrants, especially children and teenagers. Maria Alessia Montuori, member of the Italian association “Senzaconfine” brings us, in her article, the main questions raised by this issue:

«What room is Switzerland ready to give these children and adolescents in order to start their new life in a safety and wellness? Which role does school and work play (…) in giving them an opportunity to reach this aim? How important is language for the integration process and how does it work in practice?» (Montuori, 2019: 58).

Montuori focused on the Swiss educational system, but these questions might be addressed to all the European Union. Children and teenagers are the weakest part in the migration process and every nation should take care of them and their education as the only way to guarantee a serious integration in the community.

The first great barrier is of course the language. All the efforts of teachers and professional educators should be done in order to cross this barrier: «The goal is to ensure the well-being of the children and adolescents, and allow them to experience a healthy process of maturation» (Montuori, 2019: 65). The third question that we have reported at the beginning of this article (How to teach, and how to learn here and now?) appears in all his urgency. Montuori suggests that «there are some new tools that can be used to support classes with linguistically diverse students, and new technologies applied to the education sector such as personalised learning, flipped classrooms, and translation software» (Montuori, 2019: 75). However, flipped classrooms and personalised learning don’t seem to be the main solutions for such a great problem. For this reason, it could be very useful to read and analyze the researches of Agnieska Swietek and Lyudmyla Tymchuk about Romani people in Poland and Ukrainian people internally displaced. All these researches about a particular population in a particular context and country show us solutions, framework, programs that we could discuss in order to create an “European standard program of integration” that must be followed by all the country in Europe. Only the cooperation and the exchange of opinions, researches and studies can overcome of the most difficult issue of our times. 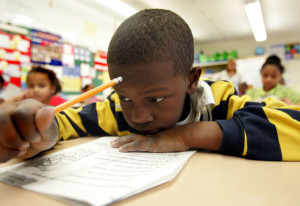 What should be taught? A new space for religions and cultures

A very interesting question is the one that Maria Immacolata Macioti, from the Università Sapienza of Rome, raises in the title of her article: «Has the time come to teach history of religions in schools?». What will be the advantages of studying religions at schools? Why should we study religions in a more and more secular society?

Avoiding any discuss about religions seems to be a very weak way to overcome the integration problems. Especially for the people that have moved from another country, to keep traditions and culture mean to be still in touch with the homeland. For this reason, the school should provide to teach religions and their history: it’s not just a matter of “knowledge”, but it’s also a way to make comfortable the children and the adolescents that have left their homes. A child is supposed to overcome his fears and shock if he can find in the school elements of his culture. We should insist on this point: a society that deny any value on religions is a society that is going to crash. Not because the value of religions itself, but because the ideas of tolerance, respect and freedom can grow only in a society where everybody is free to perpetrate his culture and his religion. Quoting Macioti:

«Do we want to encourage respect for cultural diversity or do we want to create new motivations to reject other cultures and create mutual animosity? I think that the right questions is to raise issues regarding respect for cultural differences, and for human creativity. Is it better to promote mutual respect between communities living on our territory, or insist on actions to enhance otherness, which are bound to have negative consequences?» (Macioti, 2019: 137).

In order to reach the main issue of the respect for cultural differences, we should start to promote these values in the school, where teachers and educators could survey and follow their pupils promoting respect and cultural awareness. As Macioti says,

«it would be appropriate to start with schools in order to initiate this process. If a defensive attitude prevails, endeavouring to close our doors to migrants, as many European countries are attempting to do today, the obvious risks would be rejection, closure and opposition. These are global phenomena, and while it is possible to avoid facing these issues, and closing our borders, there remains the real risk of deviating from the course of history» (Macioti, 2019: 137). 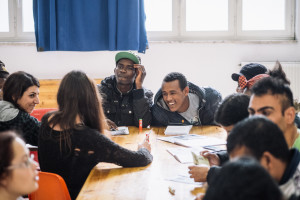 Learning a language as a road to the integration: the polish case

The last issue that it is worth talking about is related to the opportunity to learn a foreign language. In the last article Agnieszka Jasinska, from the Pedagogical University of Cracow, tried to explain the prejudices and the fears about learning polish language; for example, it is said that Polish is one of the hardest language in Europe and it is spoken as first language just in Poland. Why somebody should learn Polish language? Why is this could be seen as an integrating factor?

Starting from the considerations of Jasinska, first of all we should focus about the advantages of bilingualism. It’s easy to understand how bilingualism could help you to find a job, to travel etc.; but, bilingualism can have a huge impact in our society because people who can talk more than one language is forced to make comparison, to switch their “point of view”.

Moreover, bilingualism can’t be reduced to learn the so-called “broken-english”, which main goal is the communication between people from different countries. Learning a language is not just a matter of “how to say this” in another language. Learning a language is deeply connected with the idea of understand a culture different from ours. Open-mindedness, tolerance, cultural awareness are required to achieve results in learning a language and it is worth underling how these qualities are useful in our society.

Related to this issue, the article of Agnieska Jasinska arises interesting considerations about the importance of learning a foreign language (polish in this particular case). They say that learning polish is so difficult for the grammar and the vocabulary. Thanks to the comparative method, this vision can be overcome and the polish language won’t appear so difficult to learn. As Jasinska writes, «the learner notes that the language has not been created in isolation, but is the result of cultural exchange, and that the conceptualization of meaning is similar, and sometimes even identical, in all languages» (Jasinska, 2019: 191). The great lesson that we should learn while we are studying a foreign language is to understand that every language, and every culture, can’t be seen as isolated and completely different from others. Teachers from every kind of school should take seriously this advice, in order to promote cultural exchange and fearlessness to meet the “other”:

«The teacher’s role is to lead students along the right path, to teach them independence in the decoding of meanings, to show similarities, common rots, and cultural origins of linguistic phenomena. All these elements support the building of a sense of community and reduce the sense of distance and alienation» (Jasinska, 2019: 194).