Is English a global language or a lingua franca? 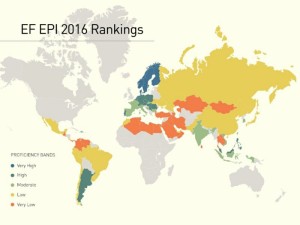 The human phenomenon of breaking language barriers through the employment of a communal and vehicular language has always compelled people of different cultures and lands throughout history. The undecipherable first contact of two or more cultures brought their unfamiliarity to mingle. And eventually, find a way to understand one another. Interestingly, the willingness of diving into a different mentality, whatever the reason may be, has accelerated the process of languages weaving together with the invention of a common language, as it spread in the Mediterranean area in the Middle age and survived until the 19th century. The lingua franca enabled people of a particular region to trade and exchange culture without transforming it as a vernacular language. Other languages, not lingue franche, such as the Greek, Latin and later Dutch, French, Spanish, Portuguese, German and some other languages have had the same functionality of inter-comprehension amongst people of different mother tongues. As a study from the European Commission on the lingua franca states, up to the present time, the lingue franche have been transient. None of them has turned into a vernacular language with a large community of fluent speakers. However, despite the disuse of langue franche or international languages throughout centuries, an overlook to the English language in our present time needs particular attention. The focus would briefly explore whether it is correct to regard English, as it is currently the most spoken international language, as our lingua franca or global language.

Many academics show contrasting views about the definition of English as a lingua Franca because the definition itself, as prof. François Grin argues, is technically referred to a language that has emerged from the combination of separate languages of people living in different countries within a big regional area, as it occurred in the Mediterranean zone. Instead, English is already an established and consolidated language. Its employment has spread everywhere worldwide over the past decades and continues to expand with great success. The English popularity has historical connections with the British empire, recognised as the first principal factor of its omnipresence. The Indian government, for example, has continued, even after its independence, to use English within administrative and educational systems. Nowadays, middle-class Indians speak English more than Hindi amongst themselves. It is not a surprise that in the UK Indians, who came to settle in the early 60s, have smoothly integrated within the British society since then and many of them have succeeded in being employed in crucial and remunerative jobs. English has also continued to be a liaison between other Commonwealth countries and Britain. However, the acquisition of English as a means of communication has shown within the linguistic debate that English is merely a tool of breaking through language barriers and enabling people to grasp its advantages.

Becoming an English user means to appropriate a language that has been given the power of being accepted as a global language. The American influence, which has undoubtedly and progressively established its cultural, financial and technological competencies after WWII, has massively contributed to a further English expansion. Today, it is impossible to avoid high-tech at work and in our private spheres because each of us is constrained to use technological means that deploy English as the principal vehicle of communication. The most known American multinational technologies companies, such as Google, Microsoft, Apple and IBM, have educated us to new ways of conducting humanistic and scientific studies, how to buy stuff on the internet and how to interact with others in social media. The latter has helped English to reach out the most remote places on earth. 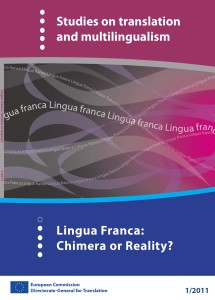 Given all that, English is predominantly a global language at its apogee rather than a lingua franca. The academics who pursue the idea that international English is a lingua franca, which differs from the native usage in terms of fluidity and adaptation to other forms of expression, is extremely weak. The weakness emerges when the English used by non-native speakers is brought face to face with native English speakers. They both use the same syntaxis, grammar and idioms that stem from one well-rooted language as English is. Therefore, its flexibility of borrowing from other languages cannot be used as a pretext to validate it as a lingua franca. The English language, which many are familiar with, is the language that often gets on well with the inventiveness of the foreign press to coin easy and catchy expressions that become popular in a particular country or everywhere.

Sometimes, this unnatural appropriation of English can lead to the production of a word that has no existence in a native English context. A clear example comes from the expression of “smart-working” so popular within the Italian country, especially since the Covid -19 broke out in March 2020. However, for a native English speaker, “smart-working” would mean “working from home” or “remote working” in proper English. Its versatility attracts non-native people to enjoy mixing trendy English words in their conversation. Some would argue that this tendency to assimilate foreign words could undermine the survival of our mother tongue. If this worry was justified by real evidence, how would they assess the purity of a language? Would it be possible to discern the purity of a language from its foreign influences? The reality of languages is that the languages are the most dynamic tools of communication. Their evolution is continuous and follows two streams: one involves the changes of the language itself within a social, political and cultural context of a country and the other involves foreign influences. Therefore, every single current language is active, alive and open to intertwine with others because we are more than anything else sociable animals in need of continuous human interaction.

As it has been said, English has successfully become the means of communication in many social, financial, technological, cultural sectors and especially in academic environments. In this regard, English has become the official language of many international scholarly journals, especially in the sciences. Its monopoly within the scientific environment has arisen concerns about the decline in the use of other languages other than English by scientists who are not English native speakers, but who use English as the medium of communication in their working lives [1].

These concerns are reasonable and need to be addressed somewhere else. However, it has been noticed that there is a frequent inclination within the scientific world to pay attention to English publications than publications in other languages. As a result, the work of a scientist who has written in their language would be overlooked. This bias has led to missing out research published in a non-English language. However, despite that, in my modest view, English is first and foremost a practical instrument of possibilities for everyone to convey their cultural values, diversity and to achieve their personal goals.