Being an asylum seeker in Italy 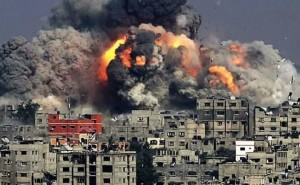 My article will be divided into three parts. The first part will be about Syria and the history of Syria, the second will be about the war and the Assad’s regime in Syria and the third will be about “how did we come here?”.  Syria is in the centre of the world and located among the three old continents; Asia, Europe and Africa. Syria is, as well, the cradle of civilizations and religions.

After that the Romans occupied and ruled the country for another period of time. They built there a very famous civilization beside the old Syrian civilization. In the 6th century AD., the Arab Islamic civilization spread all over the country and lasted for long time. Later the Ottomans ruled the country until 1914 AD., where the First World War broke out. In 1916, through the meetings “agreements” of the British Foreign Minister “Sykes” and the French Foreign Minister “Picot” , Syria was divided into four countries; Syria, Lebanon, Jordan and Palestine. As a result of that the influence was shared between Britain and France where Syria and Lebanon have undergone to the French influence whereas Palestine and Jordan were under the British influence.

The French occupation lasted for 25 years, then Syria gained independence in April 1946 and it became one of the members of the United Nations. The Syrians elected their government but in 1963 Al Ba’ath (resurrection) party could take the power and ruled the country until 1970 where one of its members “Hafez Assad” who was the Minister of Defence could overthrow the elected government and put the president, the prime minister and the chairman in jail to death, so the military rule has begun in the country since then. Assad the father “Hafez” reigned the country for 30 years with iron and fire, banning other parties from any political activity and putting the leaders of the opposing parties to his policy and dictatorship in prison to death.

Between (1970-1980) different uprisings took place against Assad and his policies in many cities. In 1982, one major uprising took place in the city of Hama in central Syria. Assad and his brother (a colonel in the army) surrounded the city with thousands of soldiers, tanks and other military vehicles, then they started bombing the city with all kinds of weapons. They broke into it, killed and arrested more than forty thousand of its inhabitants, they also destroyed many quarters of the city. After that people could not do anything. The corruption has spread all over the country, in all bodies of government. In such way the majority of the Syrian people became poor; in the contrast, those who are put in charge by Assad, controlled the country’s economy.

By 2001 Assad the father died and immediately after the declaration of his death, the House of Representatives (the Parliament) held an emergency session. Now I will narrate what has happened literally. The chairman said; I have received two suggestions from a number of the representatives, the first one is to amend the Constitution relating to the age of the president from 40 to 34 (in order to fit the age of Assad the son). Do you agree? He said: “Consensus”. The second suggestion is to nominate Assad the son “Bashar” to the post of presidency. Do you agree? He said: “Consensus”. All of that happened in few minutes. It was a very big farce. Of course, in Syria and in other countries that are called of the Third World or the Developing World, he who domains the power, I mean the military forces, he domains the country. Corruption, oppression, tyranny and injustice have been continuing until 2011. In fact, the Syrian people were very longing to get rid of such regime; particularly, after they saw what was happening in other Arab countries; so they started demonstrating in all cities and villages. At first, they demanded freedom, rights, dignity and justice. 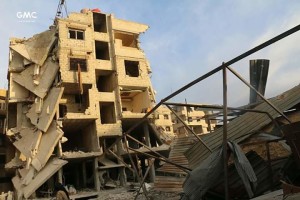 The regime faced the demonstrations with fire and force. The military forces broke into people’s houses, arrested and killed many people. After six months, people had to carry weapons in order to defend themselves and their families. The regime’s violence increased by using tanks, helicopters, canons, missiles and even air fighters to put an end to the uprising`. Assad bombed schools, hospitals, mosques and every place where there could be a lot of people. Because of this dangerous and unsafe situation, many people had to leave their houses and get out of Syria. Thus, people fled away into the neighbouring countries; Lebanon, Jordan and Turkey. Other people went away to other parts of Syria, the safe parts that are out of the regime’s control. So, about 12 million people left Syria and spread all over the world. Assad’s regime (gang) inhibited the media and journalists from access to places of events and expelled them except for the pro-regime. In addition, there have been more than a million people in prisons and about half of them have died under tortures. The regime, in fact, has been following the policy of killing, forced displacement, and emptying the country by supporting of Russia, Iran and Hizballah.

A million of Syrian people have been killed and another million have become disabled. Meanwhile, ISIS which consisted of foreign people, appeared in Syria arriving from Iraq; then, in fact, a lot of Syrian people joined it thought that they would fight the regime but when they knew the truth that they had not fight the regime, they withdrew. In reality, they fought the rebels and took over a number of regions then they got out and the regime bombed these regions and so on. All that has happened under the sight of the international community and the great powers that claim humanity and democracy. 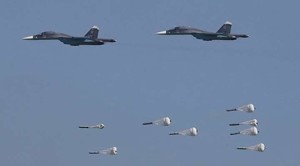 As for my family and I, we have lived under bombing and siege for more than two years. We have been living in East Ghouta, ten kilometres away from the centre of Damascus, where the military forces of Assad have destroyed everything. We lived with no electricity, no fuel, no water, no medicines and neither food. At first, we refused the idea of getting out of our home, but because of the terrible situation, we decided to leave particularly because the suffering of my children. In March 2014, we could get out and leave to Damascus by helping of a broke. We could not live there because there were more than 300 chick-points, as well everything was very expensive. Therefore we had to go to Lebanon and there we rented an apartment and submitted to the UNHCR. We lived there for about two years but living in Lebanon was very difficult where there were no residence, no work and no schools.

In April 2015, the UNHCR called me and asked me if I would like to immigrate to Italy, at first glance I was shocked because I had known that the Italian economy had not been able to receive refugees. In my turn I said: yes, because I had known that the programme for the Syrian refugees has been the same in all Europe or Canada.  We have waited for nearly eight months to get the visa. The IOM (International Organisation for Migration) has organised our flight to Rome where some persons from the Ministry of Interior and the IOM were waiting for us. In that day we took another plane to Bologna. It was Friday, the sixth of May 2016. When we arrived at the airport of Bologna, a group of people from the association  “Mondo Donna” and the “Comune” have been waiting to accompany us to our new house in Bologna where we are living now.

The association helped us obtain residence, the health card and enrol children in schools. As well, they helped us to learn Italian. We have been here in Italy for two years and up till now everything is alright, but we face a big problem which is to find a suitable job. It is very difficult to find a job here in Italy and therefore we cannot get a contract for a house. As for my children, they study at schools and they are very good. 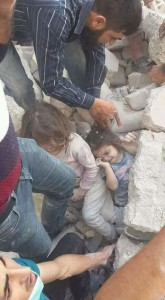 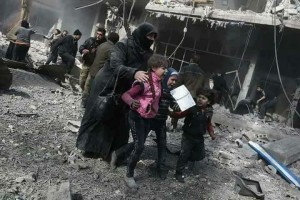 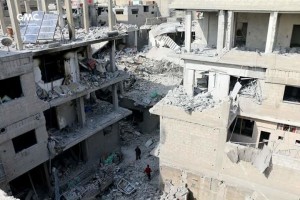 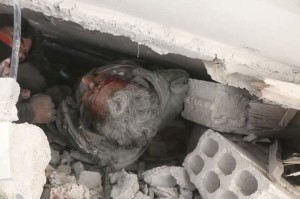